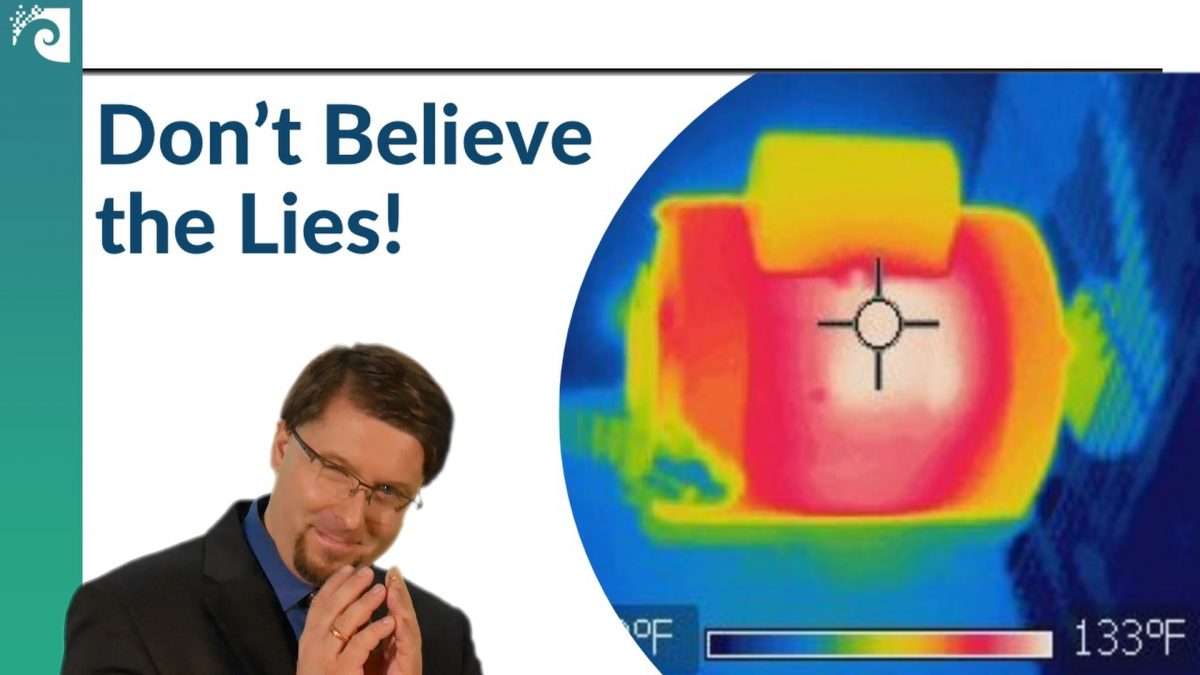 Don’t believe the lies!  Electric power and electric propulsion are still growing industries for yachts and small ships.  It’s the wild frontier of the marine industry.  And on the frontier, you find many geniuses . . . and a few thieves who want to bend the truth to make a sale.  Today we cover some common myths about electric yachts.

Electric power is not a miracle cure that magically saves the world.  The technology has limits, like any industrial technology.  When applying electric power to a small boat, you need to start by considering three facts:

With ships, we always need to consider weight.  Extra weight means the ship sits lower in the water, which increases power requirements.  And electric propulsion often weighs more than combustion engines.  Often, our ship requires more power for the same speeds, just from the burden of extra weight.  Table 2‑1 shows an apples for apples comparison between electric propulsion and a combustion engine on a small 30 ft. sailing yacht, reproducing the exact same runtime.  The electric option was nearly 32x heavier.  This more than doubled the total ship weight!

Clearly, electric batteries are just too heavy.  Which brings up the second point.  Batteries require far more weight to store the equivalent energy of diesel fuel.  For any practical installation, this requires some type of compromise:

More complexity means more equipment.  More manufacturing.  More CO2 produced.  Batteries come with their own environmental impact.  Just looking at CO2 production, our batteries release about 28 t of CO2 for their manufacture. [1]  Not too bad when you consider that the batteries are reusable.  This was only 10% of the CO2 released from the equivalent energy in diesel fuel.  Assuming the batteries get recharged from renewable sources, plus several other assumptions.  Clearly, electric propulsion offers some benefits, but this incurs its own environmental cost.  You don’t get something for nothing.  Even in terms of environmental impact.

In the early days of electric propulsion, some sales agents tried to hide inferior motor performance by advertising its power as “E-power”, “kW”, or “Kilowatt power”.  They fostered this myth that electric power somehow operates different from conventional engines.  They want you believing that the two are not comparable.  This is absolutely wrong.

Power is power.  It doesn’t matter if that power comes from an electric motor or a combustion engine or a horse pulling a plow.  The only difference is the units of measurement.  Electric motors usually measure their power in units of kilowatts (kW).  And in the USA, engines measure their power in units of horsepower (hp).  But power is power, and you can easily convert between these two units.

Marketing has another trick to overstate the performance of electric motors:  peak power.  When reviewing motor performance, they often advertise two power settings:  a continuous power and then a peak power which is around 25% higher.  Don’t depend on this peak power.  That’s a good way to burn out the motor.

Heat plays a major factor in limiting the power of both electric motors and combustion engines.  Both of these produce large amounts of heat, which slowly raises the temperature in the engine/motor.  Left unchecked, this raises the temperature so much that the engine/motor melts, fuses together, or any number of other bad things to turn your expensive machine into a paperweight.  So we build in a cooling system to remove that heat from engine/motor.  But the cooling system only pulls out heat so fast.  It has an upper limit.  The continuous power setting of an engine/motor correlates to that limit on heat extraction.

There are also other factors in determining the continuous limit.  But for this simplified explanation, continuous power means the cooling system exactly matched the heat production from the engine/motor.  It holds the engine/motor at a steady temperature and can continue that until the end of time.

With peak power, we go past that limit.  Technically, engines can do this too, but it’s a little easier to implement with electric motors.  In either case, you now run on borrowed time.  The cooling system can’t keep up with heat generation.  Heat builds up and temperatures slowly rise in the motor.  It takes several minutes, but temperatures eventually climb to the danger point.  Thankfully, these motors normally have a built-in safety switch.  It triggers before you do any damage and completely shuts down the motor.  But once it’s off, it stays off.  The motor needs to cool down before you can turn it on again, which takes several minutes.  So why even have a setting for peak power?  Because peak power only works for short bursts.

Sometimes a burst of power can save your life or your ship.  Peak power provides a wonderful bonus feature in electric propulsion.  But don’t rely on it for constant operation.  When selecting your motors, always go with the continuous power setting.

The propeller and motor both prefer different rotation speeds for maximum efficiency.  In general, propellers want slower speeds around 150 – 500 RPM. (This varies wildly with propeller size.)  Somewhere in that range is a perfect rotation speed where the propeller works best at converting that rotational power into forward thrust.  But the electric motor probably doesn’t like this speed.  Electric motors often compensate for lower torque by operating at higher rotation speeds.  One electric drive rotates at 1140 RPM, well above the preferred range for a propeller.  On a direct drive system, these two speeds must match.  So which do you pick?  Do you want an efficient electric motor attached to a bad propeller, or a bad electric motor attached to an efficient propeller?

Thankfully, with indirect drives, you don’t need to pick.  The gearbox shifts that high RPM from the electric motor down to the lower RPM of the propeller.  This gearing also steps up the torque going into the propeller, a major help when creating an electric motor that runs on limited DC voltage.  This also adds flexibility in matching the propeller and the motor.  Gearboxes can be ordered from a range of gear ratios.  That makes it much easier to find the right combination between motor and propeller.  Yes, the gearbox sacrifices a little efficiency in the transmission.  But in the process, we gain more back by ensuring both the motor and the propeller operate in ideal conditions.

Run longer by just going slower:  this is the common marketing explanation when discussing battery life.  For cruising boats, this extends to the alluring possibility of infinite runtime.  Travel slow enough, and solar panels can recharge as you go.  Motor each day and recharge that power with renewable energy.  But the math doesn’t add up.  This may be possible with sail propulsion, but not with solar alone.  Slow propulsion has its limits.

Solar power for propulsion depends on running at extremely slow speeds.  To balance the energy input from solar power, most ships are normally limited to around 2-4 knots speed for 8 hours per day.  Sounds great for a lazy vacation.  But this ignores the safety aspect.  Propulsion is not just a means of going from point A to B.  We also need that electric motor to control the ship in a storm.  To fight waves and prevent the ship from crashing into a cliff.  The propulsion needs to supply a minimum power level for more than a day to maintain that control through storm conditions.

Electric propulsion is not a drop in replacement for combustion engines.  And this may be the biggest myth of all.  We tend to compare electric propulsion as a replacement for the current way of doing business.  But electric only makes sense if we change our thinking about ship powering.  Different values of what matters in our ship and our society.  Do we only measure success on minimizing cost?  Or do we also measure it based on cost to the environment?  Do we still need to maintain the same level of reliability and safety? (I think so.)

So before weighing your options, eliminate the myths of why you are doing this.  Start by asking what makes electric propulsion worth it for you?  Clarify that goal first, and the rest gets easier.

Many thanks to Jeff Cote from Pacific Yacht Systems for helping with much of the background and practical knowledge of these articles.  For more information on yacht electrical installations, check out their YouTube channel at:  https://www.youtube.com/c/PacificYachtSystems