One Dream Ignites Another

Datawave Marine Solutions began at a small town on the shores of Lake Michigan.  As the founder of DMS, I, Nicholas Barczak, was just a teenager who discovered some tall ship sailors with a dream.  A dream that ignited my course into ship design.  They planned to construct a tall ship and sail it as a training vessel, exhibiting the history and culture of traditional maritime life.  Over several months, I helped those sailors build that tall ship, the Pierius Magnus, at a cost of only $10,000.  I remember hours of sanding down epoxy, dust settling into my hair.  The day before our maiden voyage, I worked like an animal to rerun all the shrouds in one afternoon.  My hands were raw and my back baked golden under the sharp summer sun.  The labors of those months sparked my love of ships and set me searching for improvements. 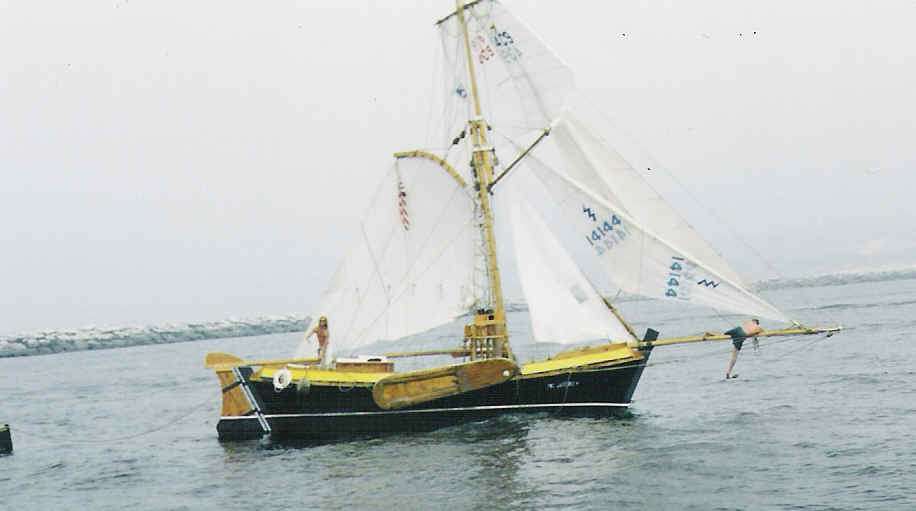 Built on miniscule funds, the Pierius Magnus had her faults.  These faults fascinated me just as much as the mystique of sailing.  The pictures shows me out on the bowsprit, fixing the sliding tacks on our headsails (while under full sail).  The bowsprit swayed like a metronome, rocking with the waves.  I alternated between running ropes for a fair lead and holding on as my footing swayed. After the thrill of the moment faded, I spent the rest of that day puzzling over our sail rig and wondering how to prevent those problems in the future.  Helping with the construction, I saw the ship as more than a floating cork.  I remembered the stories behind each frame, the pungent, yet comforting, odor of linseed oil as it soaked into the mast.  In the Pierius Magnus, I saw a process for how design and construction transformed raw materials into a graceful vessel that glided across waves.

After Pierius Magnus, my quest to understand boats continued.  I read every book I could find and studied all aspects of tall ship construction.  In the summer of 2002, I sailed as volunteer crew on the USS Niagara.  Like any tall ship sailor, I learned the lines and mastered the rig.  I spent many hours that summer feeling the movements of the ship and understanding the dance between the wind on the sails and water beneath our hull.  I spent cold hours on night watch and idled many hot hours practicing marlinspike seamanship. I learned the life of a tall ship sailor. 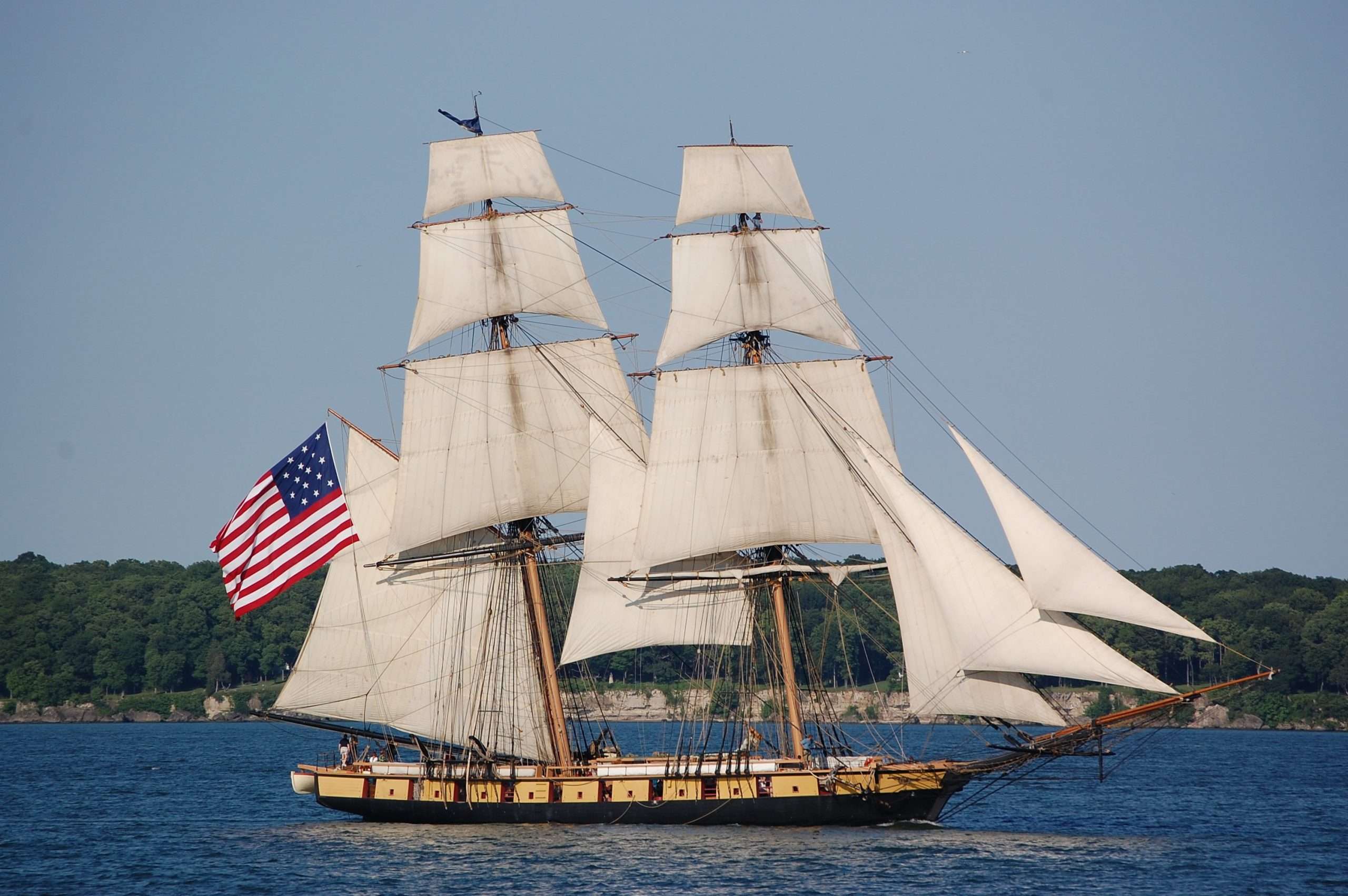 This refocused my study of ships to understand the role of the crew.  The life of the ship revolved around the lives of the crew.  Their simple appearance masked a wealth of knowledge and stories.  I sailed with biologists that studied nerve tissue before retiring to become sailors.  After sweating in the hot sun, my crewmates retired to the foredeck and debated philosophy, brandishing heady words like “Kant” and “ontological argument” like annoying brothers, trying to ignite a debate.  From those green summer days, I gained a humility and recognized the hidden glamour in the maritime world.  Ships became a way to protect and sustain that world. 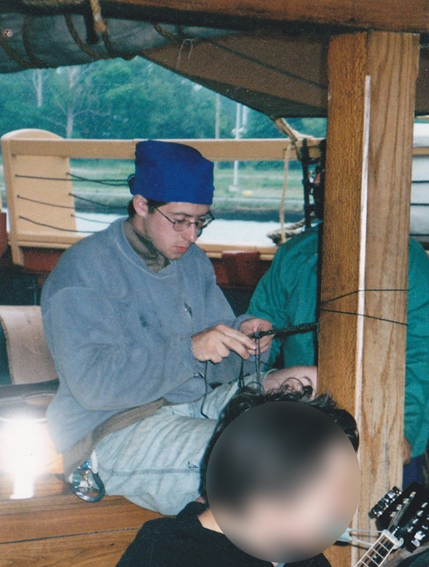 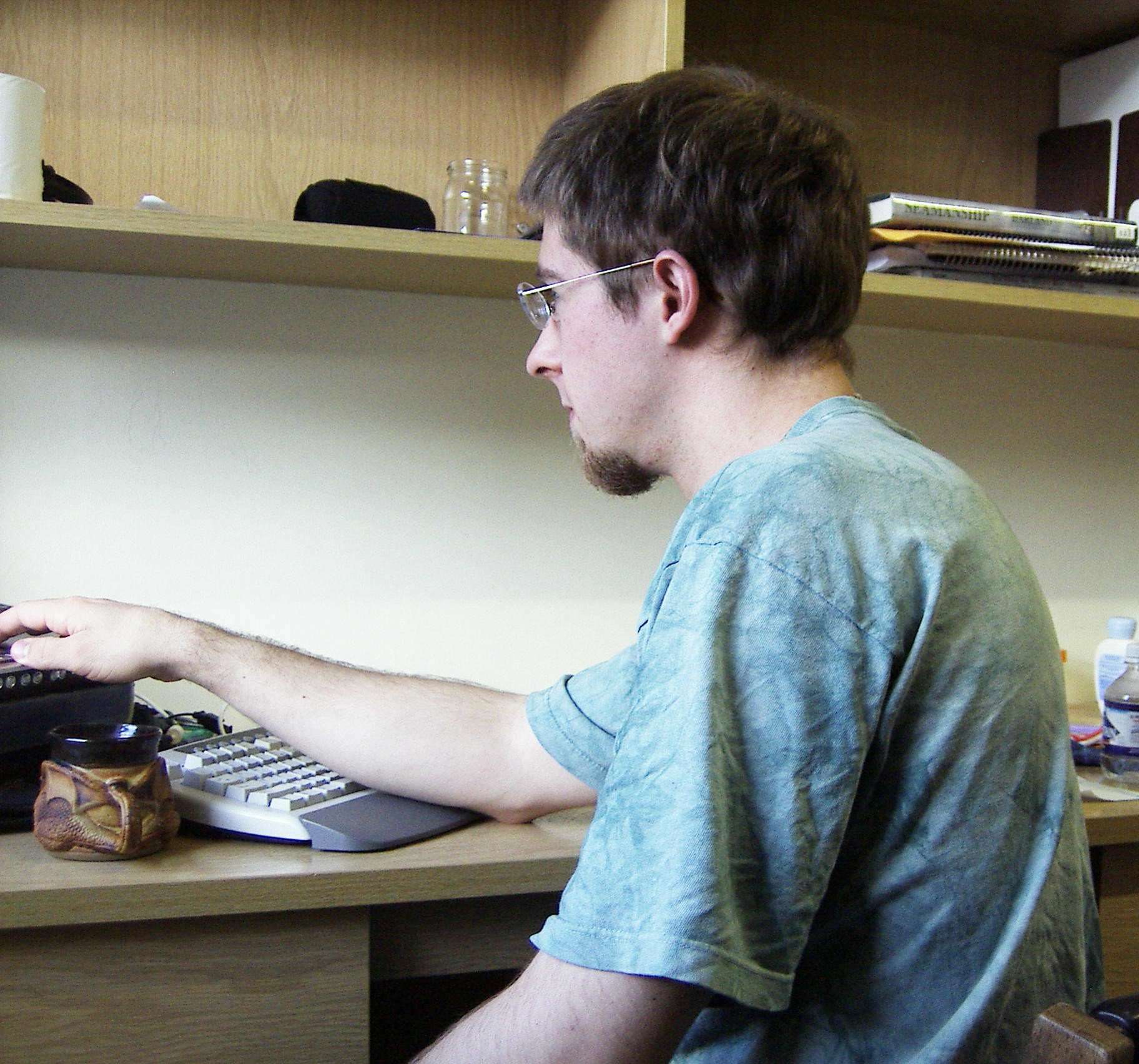 Tools of the Trade

Designing ships required more than a simple summer of sailing.  I shipped off to the University of Southampton to obtain my Masters in Naval Architecture, with a specialty in yacht and small craft design.  There were mind-boggling lectures where I struggled to write down everything the professor taught, blindly hoping understanding might dawn later.  And adrenaline filled final exams, listening to the hurried breathing of a hundred nervous students.

After several years, I finally had the tools to design new ships and expand into new capabilities.  I incorporated advanced analysis skills like finite element analysis (FEA) and computational fluid dynamics (CFD).  I studied the latest materials, learned to use composites like carbon fiber and aramids.  Working out in the industry, I learned from some brilliant naval architects and absorbed their wisdom.  Even after graduating, it took another decade of experience in engineering to truly master the tools of ship science.  (And I still continue to learn more.)  At last I understood enough to work with the various components of ships and blend them into a harmonious design.

Several years later, I set to restoring the model.  It sat on my kitchen table, a siren beckoning with childhood memories.  I stared at it, recalling cramped cabins, jammed sail tacks, and leeboards that refused to cooperate.  Components that never worked quite right.  Those little defects irritated me, because I now knew strategies to remove those problems.  Armed with my experience and knowledge of ship science, I restored the model . . . and added a few improvements.

The ship model in my imagination needed no improvements.  The lines ran correctly.  The leeboards were easy to lift.  And a hundred small lessons learned from living onboard Pierius Magnus.  Restoring that model, I saw the progression from traditional to modern science.  Each component represented more than just its function; it told the history of advances to ship design.  I envisioned the fluid possibilities of different design strategies.  And the priorities that selected the final model before me.  Like an epiphany, all ships clarified as the contrast between a perfect ship and the realities of the current technology. 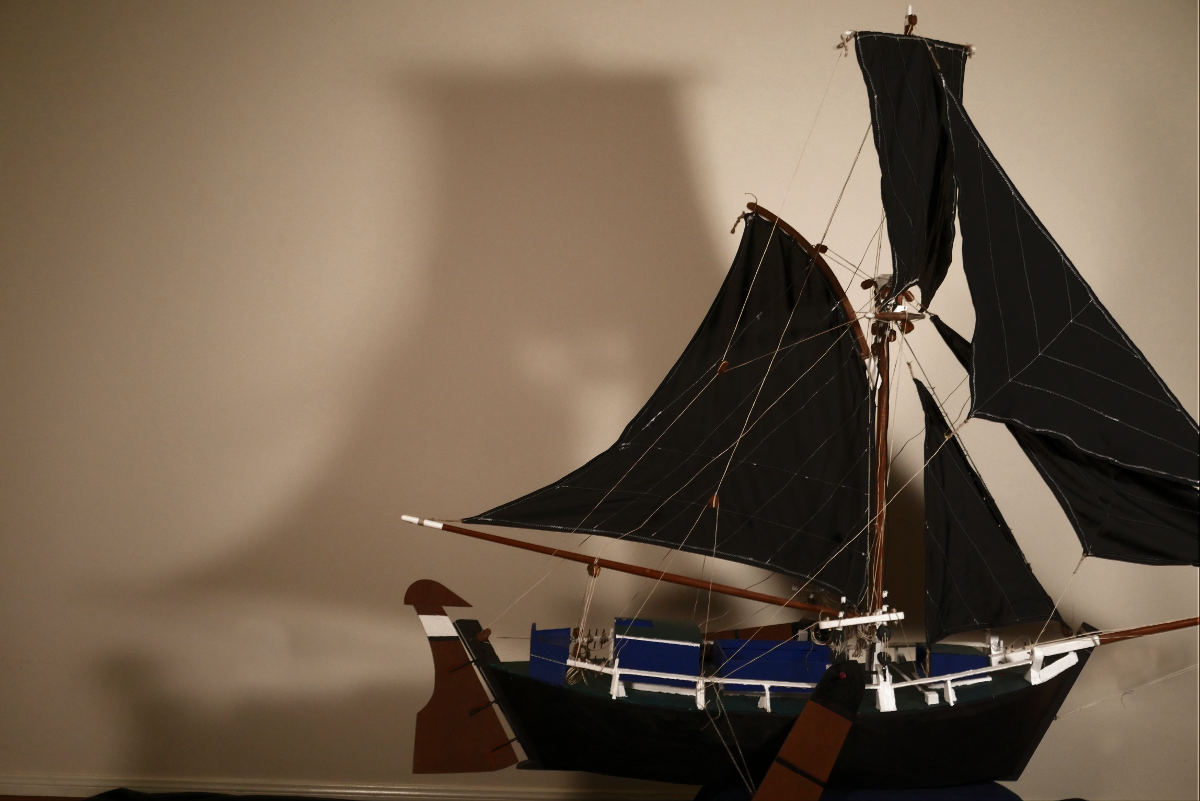 After restoring the model, I realized several things about my career and how I approach ship design.  First, I do not possess the skills of a master model builder!  The paint job had wavy lines.  The sails showed jagged stitches.  But the topsail sheets finally had a good angle.  The topping lifts no longer chafed against the mast head.  In the end, that model reflected my own approach to ship design:

My journey with ships began in history.  I saw the older technology of tall ships.  I learned their skills and traveled on to grasp the science of modern ship design.  That journey from old to new laid out the design of ships as a process of continuous improvement.  A journey driven by wind, waves, the crew, and the ship’s mission.  Over the years, our pace increased, and the tools changed.  But I still see each ship as another link in the path from old to new.

As a ship scientist, I strive to balance the old and the new, the needs of the crew, and the demands of the ocean.  At DMS, I achieve that balance by focusing on the business needs of the ship owner and approaching ships as a design process, rather than a set of criteria.  Each ship emerges as an equilibrium between the imagined ideal and practical limitations.  It may sound overly idealistic, but my passion has driven me to tackle ground breaking projects and invent elegant solutions.  For each client, I envision a ship without limits, another step on the journey of evolution.  The joy of ship design derives from discovering the perfect ship for each owner and rendering it into reality.  What will your perfect ship be? 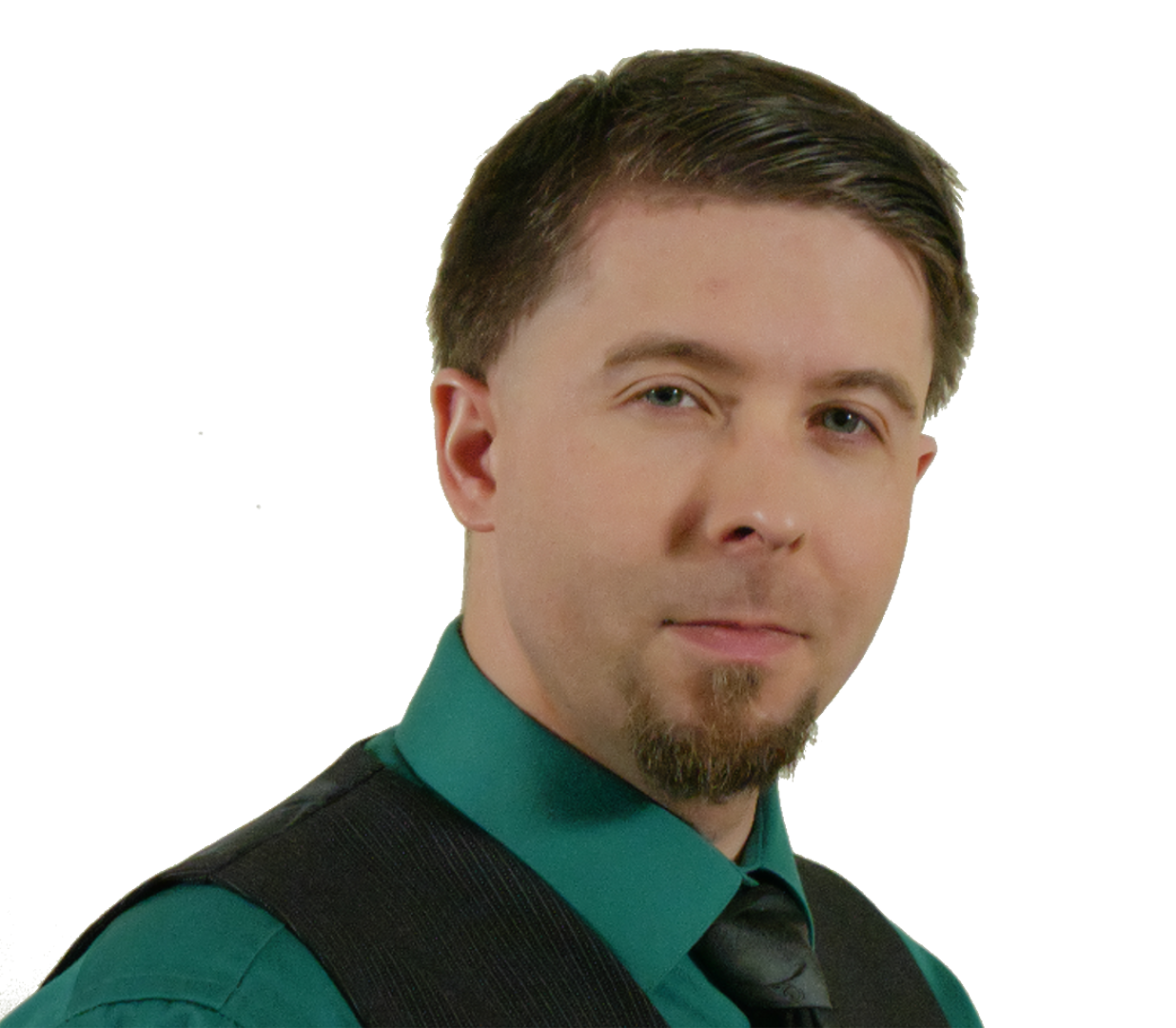