Propeller Limits: The End of the Line 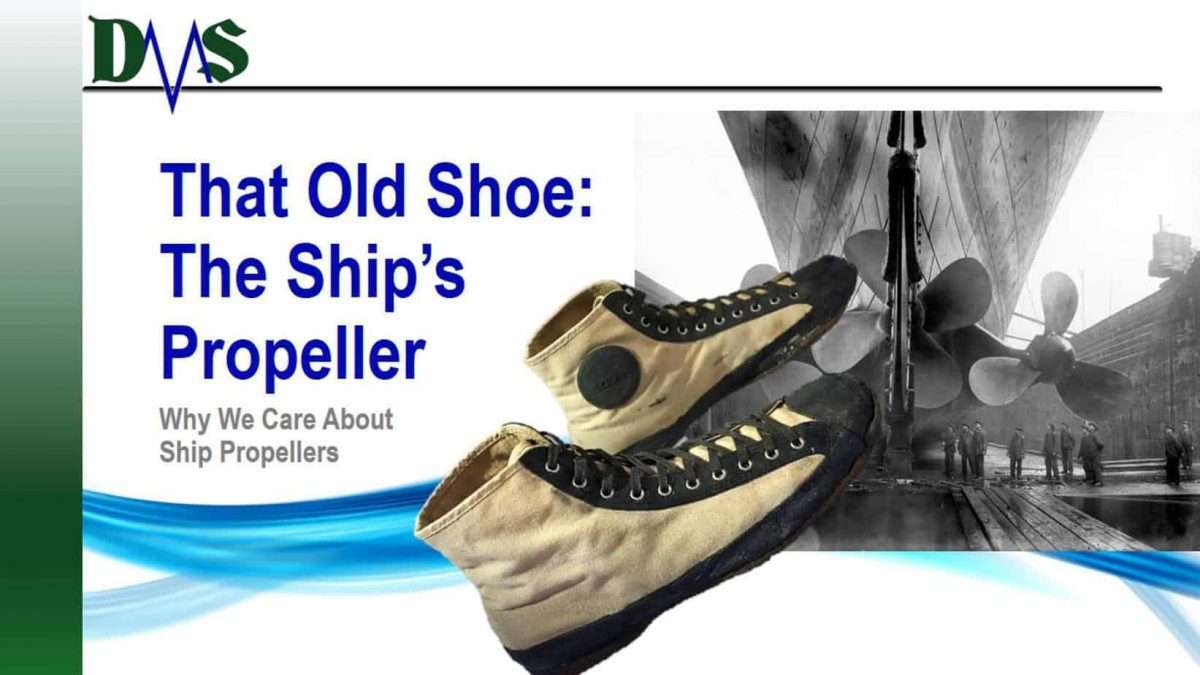 Propellers are dull, unimaginative, and boring!  They don’t have complicated parts like an engine.  There is nothing to take apart.  No pieces to puzzle over.  At first glance, there is nothing to consider when examining a propeller.  You need one on the ship.  Spin it, and the ship goes forward.  Simple.  A propeller is like an old dependable shoe, you just slip it on and start moving. . . .

. . . Ever try walking in a shoe that doesn’t fit you?  Very quickly, your foot starts to hurt, or the shoe wears down and you need to buy a new one.  Propellers are the same way.  More important than anything else, you need to fit the right propeller to your vessel, otherwise you get foot pains.  What do these pains look like on a ship?  Increased fuel consumption and even destruction of the propeller.

The first sign of a bad propeller fit is increased fuel consumption.  Your average propeller is around 65% efficient.  Consider that against the cost of bunker fuel.  At the time of writing this article, bunker fuel sold for $480 USD/MT, world average. [1]  Except not all of that fuel actually works at pushing your vessel.  First, you have a loss of 50%-60% engine efficiency, which converts the chemical energy of your fuel into a spinning shaft.  This first conversion brings your price up to $960/MT of effective fuel.  The rest just generates wasted heat, which you may be able to recover somewhat.

What is more expensive than an inefficient propeller?  Replacing the entire propeller because it broke.  I’m talking about the scary effect of cavitation.  This is no joke.  The very water that you drive through can chip away and destroy your propeller if you have the wrong fit.  It can wear down propellers and break blades within only 300 hours of operation.  Do you have the budget to replace your propeller every two weeks?  No?  Then be sure to avoid cavitation.

Cavitation warrants more detailed discussion in a later article.  For now, the simple explanation is that cavitation happens when you create too large of a pressure drop.  Propellers are meant to create pressure changes, but too big of a change and the water starts to form air bubbles against the propeller surface.  These air bubbles don’t last long.  And when they collapse, it works like a tiny explosion against the propeller blade.  If your propeller cavitates, it must endure the equivalent of thousands of tiny mines exploding every minute.  So large pressure changes are bad, and they arise from two major sources:  bad propeller design, and overloaded propeller use.

Just like a shoe, your propeller will be with you for a very long time.  A mistake with the propeller design will continue to hurt you for the entire life of the ship.  It creates higher fuel consumption.  Higher bunkering bills.  For the really unfortunate, a bad design can even break the propeller due to cavitation damage.  Even though a propeller may not be the sexiest machine on the ship, it is one of the most critical.  Propeller design matters a great deal.