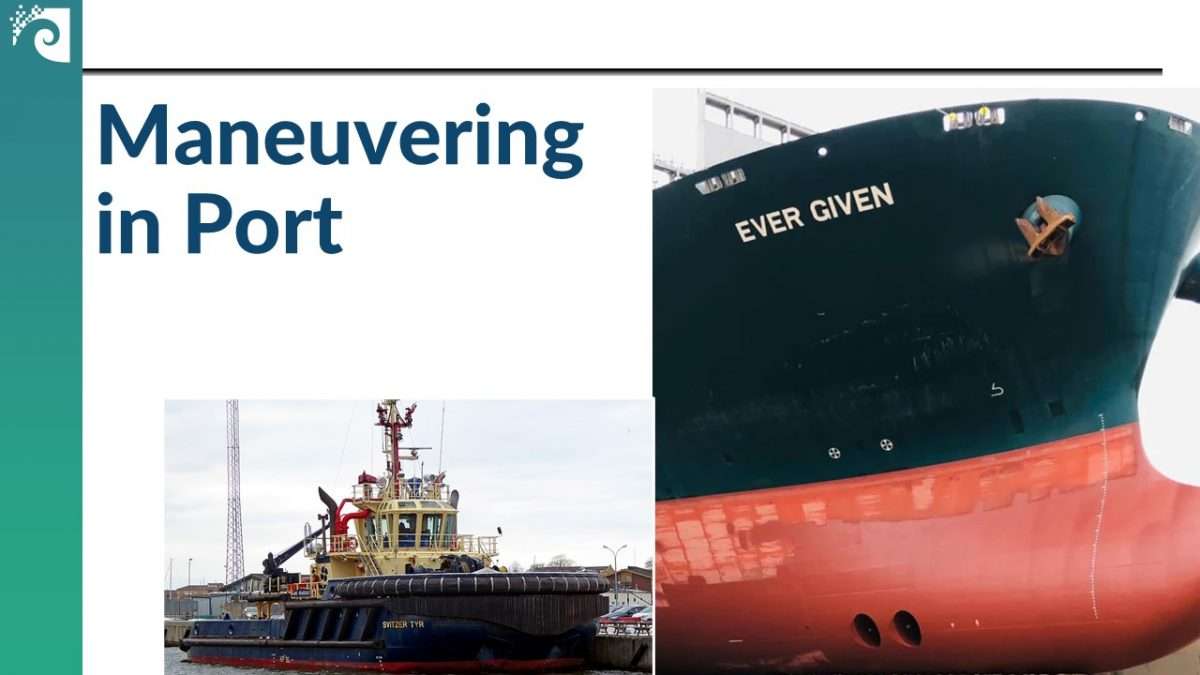 One thing was clear with the Ever Given incident:  they had some steering problems.  Maneuvering a massive freighter through a canal lies somewhere between difficult and impossible.  We design freighters around the scenario of open ocean passage at full speed.  But each freighter needs to enter port, pass through canals, and a host of other precision maneuvers executed at a fraction of their design speed.  That’s like asking a car to be a boat.  Technically possible, but not very good.  Yet clearly, we found a way.  How do massive commercial ships manage precision maneuvers every day?

The main tool for vessel maneuvering is the rudder.  For a ship the size of the Ever Given, imagine the rudder as a massive steel wing, about the same size as the tail fin on a Boeing 747 (but much stronger).  You need a big rudder to control a large ship.  Despite all this size, the rudder disappoints at lower speeds.

The steering capability of the ship changes, depending on their speed.  Functionally, the rudder produces a force at the stern to steer the ship.  The amount of that force depends on the speed of water flowing over the rudder.  And it goes up by the square of water speed.  Double the speed over the rudder, and you get 4x the rudder control.  A huge improvement.

The opposite is also true.  When maneuvering in harbor, slow speeds limit rudder capabilities.  The Ever Given was designed for a normal transit speed of 22.8 knots. [2]  When passing through the Suez Canal, the Ever Given traveled at a slow speed of 6 knots.  At that slow speed, the rudder only generated 7% of its full speed capability.  Thankfully, we adjust for this somewhat in the design.  Even consider that, the rudder doesn’t give you much to work with at 6 knots.

You have to love twin propellers:  the classic method for slow speed maneuvering.  Two independent engines controlling two propellers on either side of the ship.  This allows the ship to steer at low speeds by thrusting one propeller forward and one in reverse.  It works exceptionally well in small ships.

With larger ships, things get complicated.  Mass becomes a problem.  The propeller weighs anywhere from 10 – 100 MT, with a diameter of somewhere around 6 – 9 m. or more.  One does not simply throw this propeller into reverse.  With the big ships, there is no reverse gear.  The propeller connects directly to a massive engine three stories tall and larger than a house.  To go in reverse, you completely stop the engine and start it with the cylinders firing in reverse sequence.

When you get all that metal moving and spinning, inertia sets the rules.  It takes a lot of effort and time to stop something that massive and move it in reverse.  No one will use that engine for docking, where you frequently need to start, stop, and reverse the engine.  No.  Not happening.  The main propulsion on the Ever Given exists for only one job:  very efficient passage in open ocean.

This is not a mechanical problem.  The thrusters will physically turn on, and the impellers in the thruster will spin.  But the hydrodynamics make bow thrusters extremely ineffective if the ship speed goes above 3-5 knots.  Figure 4‑1 shows the bow thrusters buried deep inside two tunnels that go through the bow of the hull.  When the ship moves forward with any speed, the water flows across these tunnel openings and effectively creates a curtain.  It cuts off the bow thruster from getting any easy flow through the tunnel.

Bow thrusters are only useful when docking the ship.  The ship sits parallel to the dock.  To get off the dock, they need to first push the bow out.  Angle the ship to point out from the dock.  That is all a bow thruster does.  With any other application, these wimpy thrusters achieve little.  Use them when moving forward, and they achieve practically nothing.

Alternatively, we could use azimuthing thrusters, which are designed to work with forward speed.  These sit permanently mounted below the hull, near the bow.  The very fancy ones even retract up into the hull to reduce resistance. (Figure 4‑1)  They are also more expensive.  Why pay for a fancy bow thruster that only sees action for less than 2% of the vessel’s life?

Practically speaking, there is also the concern of draft.  Ever Given had a draft of 15.7 m. when passing through the Suez Canal.  That is extremely deep, deeper than the passable depth of many ports.  The deep draft limits the ports that Ever Given fits into.  Adding another bow thruster below the hull further limits the accessible ports.  Much deeper and Ever Given wouldn’t have any ports left to enter.  Not much use for a cargo ship that can’t enter port.

We really need a specialized thruster to help maneuver the ship in tight spaces.  This advanced thruster needs to meet a list of demanding requirements:

Fortunately, we have an amazing device that achieves all these goals:  a tug.  Tugs are essentially just movable thrusters, very powerful, and only used in tight maneuvers. (Figure 5‑1)  A vessel the size of the Ever Given routinely employs 2-4 tugs when maneuvering in port.  When transiting through the Suez Canal, they may use two tugs.  These both help the ship with tight turns and act as a backup if the ship encounters mechanical problems.

If they are so amazing, why didn’t the Ever Given have tugs at the time of the incident?  I can’t say exactly.  At that time, the Ever Given was permitted to transit without tugs.  (A recent review of the SCA navigation rules suggests Ever Given now requires two escort tugs. [7] [8]) We do have some practical reasons to avoid tugs.

The tugs are not free.  Each imposed tugs costs at least $30,000 US. [9] [10]  A single trip through the canal would cost Ever Given $60,000 US in tugs alone.  Granted, this ship spends hundreds of thousands in fuel each day.  But if anyone thinks $60,000 US is inconsequential, they are welcome to write me check.

The tugs may not be available.  The Suez Canal Authority only had 17 escort tugs in their fleet. [11]  That sounds like a lot, but each major vessel requires 2 tugs, which stay with the vessel for the entire canal transit. On average, the canal transits 52 ships per day, [12] and each ship takes 12 to 16 hours for the transit. [13]  Looking at that high volume of traffic, only a fraction of the ships get a tug.

Thankfully, not all of them require tugs.  But there were high wind speeds on the day of the Ever Given incident.  I expect several ships voluntarily hired a tug.  The two ships in line ahead of the Ever Given both voluntarily had tug escorts. [14]  I don’t know if the Ever Given tried to hire a tug.  Even if they did, it’s conceivable that all the tugs were busy.  A tug is the perfect device for close maneuvers when transiting the canal, but only if you find one.

Ideally, tugs form the perfect tool to maneuver a large ship in port.  But sometimes the tug isn’t available, and we need a backup.  In those cases, twin propellers and bow thrusters work very effectively.  Not perfect, but a good second choice.  Each port and each situation calls for a different solution.  The ideal solution would be to never enter port.  And in certain weather conditions, avoiding port is the safest option.  Barring that, how would you maneuver a massive ship at slow speeds?  Carefully. 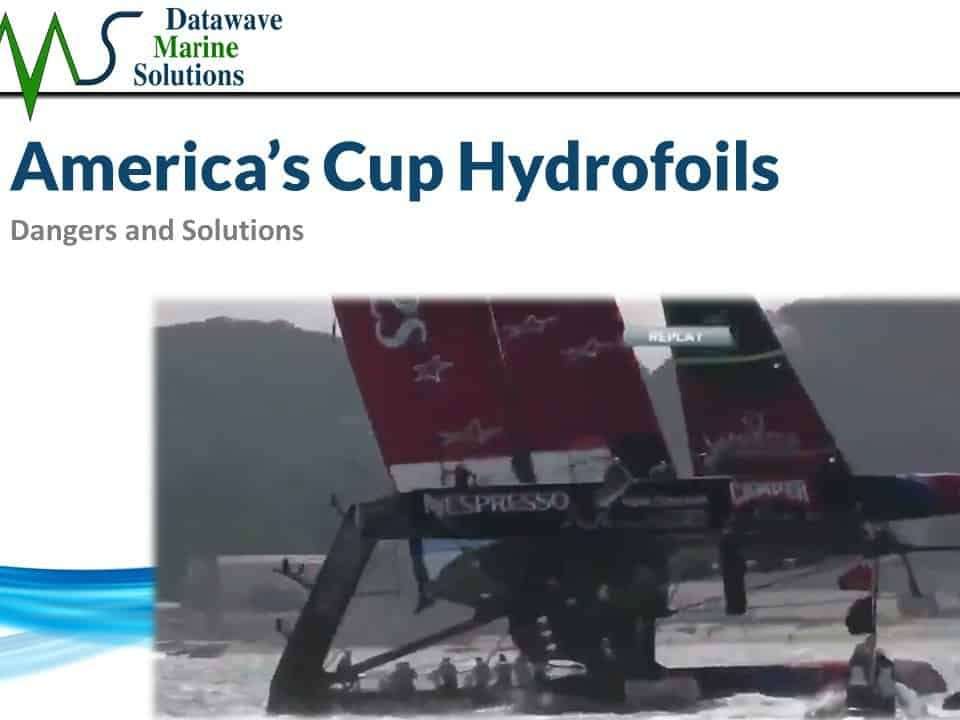