The Ever Given, how did it happen?  By now, you must know exactly what happened, right?  WRONG!  Like everyone else, I watched the story of the Ever Given and formed my own theories about what happened.  I took one glance at the incident and immediately developed a rock solid theory about what they did wrong.

Except I was wrong.  As the events unfolded, new information came out and I learned the increasing complexity of the accident.  Each time, I developed a new theory, which failed with new information.  Over a year later, and I still can’t definitively identify the chain of events that created the accident.  I just don’t know.

It’s important to admit when we don’t know, for scientific and safety reasons.  Science starts by admitting our ignorance and asking questions.  Vessels like the Ever Given lead the cutting edge of ship science.  Accidents with these vessels may point to some new piece of physics that we never noticed before.

These questions also matter for safety.  Every ship in the world benefits if we understand what happened to the Ever Given.  Learn from our mistakes or repeat them.

When I first saw the vessel track for the Ever Given, (Figure 2‑1)  I thought there may be a problem with the steering control.  The rudder is controlled by a hydraulic steering gear.  A fault in that system could cause the rudder to over steer, going past the specified rudder angle each time.  This type of fault would create that hunting pattern we saw in the vessel track, where the ship struggles to hold a straight course.  But I didn’t find any reports of problems with the steering gear.

Maybe the rudder was simply undersized.  We know the story about Titanic:  too small of a rudder meant that she could not turn fast enough. But too small of a rudder also means you cannot stop your turn fast enough.  A ship the size of Ever Given has a lot of momentum when she starts to turn, and that requires a large rudder to stop the turn.  Too little control, and we see that pattern of overshooting the turns.

We have a standard maneuvering test to check this:  a zigzag test (Figure 2‑2) The zigzag test is a full scale trial performed on the ship after they finish construction.  Among other things, it measures the response time for the rudder to stop a turn.  And international standards include requirements for this response time. [3]    Did the Ever Given fail to meet these standards?  I don’t know, but I doubt that the vessel owners would accept a vessel without first testing its functionality.  Sea trials are standard practice before accepting a vessel from the shipyard.

Now we come to the issue of wind.  The popular theory is that the wind pushed sideways and blew the vessel off its track.  Weather stations did record wind speeds around 20 knots with gusts of 45 knots at the time of the passage, which is very strong wind for vessels in a canal. [5]  I once worked a project where winds of this speed overpowered mooring winches and broke steel cables holding a vessel to a berth.  It’s no joke.  Winds of this speed do create a danger for ships performing precision maneuvers.

One major problem with this theory:  meteorological regressions suggest that the wind was blowing from South to North at the time of the incident. (Figure 3‑1) [5]  Compare that to the chart of the vessel track.  Just before they veered into the bank, the wind direction would be somewhere from the stern of the vessel, not the side.  This doesn’t completely eliminate the wind.  Even a stern wind can interact to create problems for steering and sideways forces.  But all of those scenarios are likely to be much smaller than the full force of the wind on the side.

Too bad the wind wasn’t the answer.  At least, I don’t think so.  This is just a guess, because I failed to uncover any recording of the actual wind direction at the location of the Ever Given, which is normal.  Weather stations don’t record data for every point on the planet and every minute of every day.  We rarely need such precise information.  Theoretically, it’s possible that the wind changed direction locally in the region of the Ever Given.

It is safe to say that the wind played a part.  But I can’t say if this was the smoking gun that started the accident.  We would need more information to be certain.

We also need to consider the forward speed.  The steering capability of the ship changes depending on their speed.  Functionally, the rudder produces a force at the stern to steer the ship.  The amount of force depends on the speed of water flowing over the rudder.  And it goes up by the square of water speed.  Double the speed over the rudder, and you get 4x the rudder control.  A huge improvement.

Based on transcripts and data recordings, we know that the ship did increase speed, which gave them far more rudder control.  It’s possible that the wind created challenges to maintain position in the canal, and they increased speed for better control.  But did this introduce other problems?  Possibly, but I can’t be certain.

One potential problem was the “bank effect”.  Some believe the bank effect doomed the Ever Given.  More than anything else, I was frustrated to see multiple YouTube producers step forward claiming this was the main cause. (Figure 5‑1 and Figure 5‑2)  Yes, the bank effect does exist.  But good graphics and a nice explanation do not make it the truth.

It seems tempting.  We see this scary and subtle physics phenomena, capable of generating massive forces.  Except . . . not always.  The bank effect occurs with every single ship that passes through the Suez Canal.  If this were a killer problem, we should find ships thrown into the bank every day.  We don’t.  The magnitude of this effect matters.  Does it dominate ship maneuvering, or is it just a mild inconvenience?  To properly answer this, I would need 2-3 months with detailed numerical simulations.

In the interim, we can use a similar phenomenon to get a sense of magnitude.  I previously did some work predicting passing ship forces. [9]  This happens in commercial ports when large freighters pass fairly close to each other.  The water flow around these ships both pulls the ships together and then pushes them apart, depending on their alignment.  The cause behind this is the same physics that creates the bank effect.  And passing ship forces show an important insight:  the magnitude of this effect rapidly diminishes with distance.

When evaluating the Ever Given, we can look at the forces produced in a passing ship scenario as an analog to the bank effect.  Figure 5‑3 shows the yaw moment produced by a passing ship scenario that mimics the Ever Given in the Suez Canal.  Since this is an analogy to the bank effect, I hid any specific data to support definite conclusions.  But this graph gives a good sense of proportion.  If we see a yaw moment of around 10% – 20% of ship forces, the bank effect would only be a minor inconvenience.

The graph suggests this was anything but a minor inconvenience.  The importance of the bank effect could vary from relatively minor, all the way up to a major threat for vessel safety.  This depends on the speed of the ship and separation from shore.  At the low speed of 6.0 knots, the separation distance was less critical.  No matter the position, yaw moments present little risk.  At higher speeds, these forces increase much faster as the separation goes down.  Increased speed reduces the margin for error, requiring the vessel stay even closer to exactly in the middle between the two banks.  But this analogy suggests that bank effects were worth investigating with the Ever Given incident.

Hurray, we have the smoking gun!  The bank effect!  Except not.  Remember, pretty graphics do not make something automatically true.  That graph of yaw forces could also look like Figure 6‑1, depending on interpretation of the physics.  How frustrating!  WHAT IS THE ANSWER!?

We don’t know.  That is the answer.  With more detailed information, we could conduct simulations and reproduce the exact sequence of events that lead to the accident.  But those details are the private information of the ship owner.  The general public does not have access to it.  We may have suspicions, but lacking any further details, the answer is:  I don’t know.

“I don’t know” is important.  Especially for people with widespread distribution.  When accidents like this happen, public opinion matters.  It’s natural to want answers.  We want them so badly that we are ready to take any suspicion or likely culprit as a final conclusion.  That creates real economic risk for everyone involved.  Real fear for the owners, the crew, the pilots.  Everyone.  And when people become afraid, facts become scarce.  We become more worried about blame than understanding the truth.

Who do we blame for the Ever Given incident?  What happened that day?  I don’t know.  Not a satisfying answer, but I can accept that in favor of a more important question.  Since the time of the Ever Given incident, approximately 18,900 ships have passed through the Suez canal, including the Ever Given. [10]  She is back in service after repairs. [11] All passages happened without major incident.  What was different?  What can we change to avoid another Ever Given in the future? 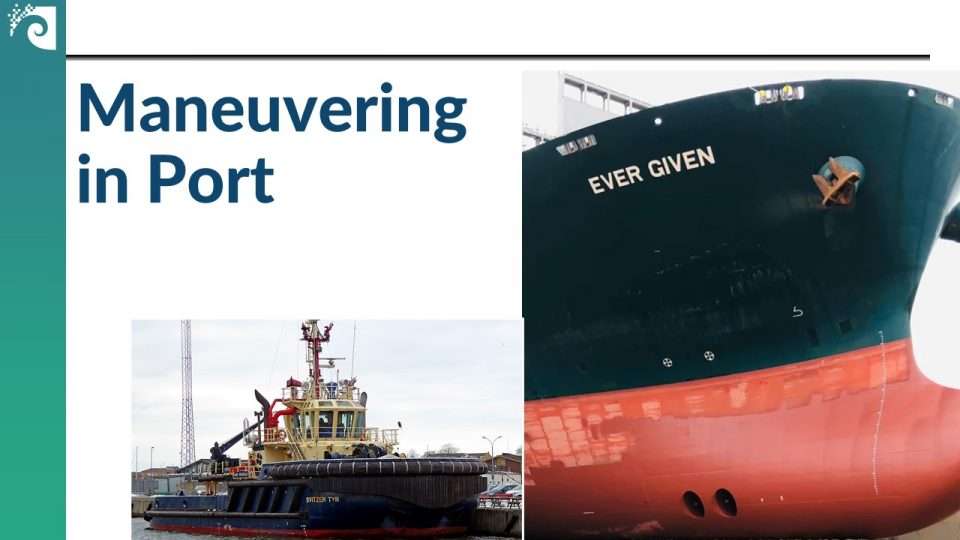 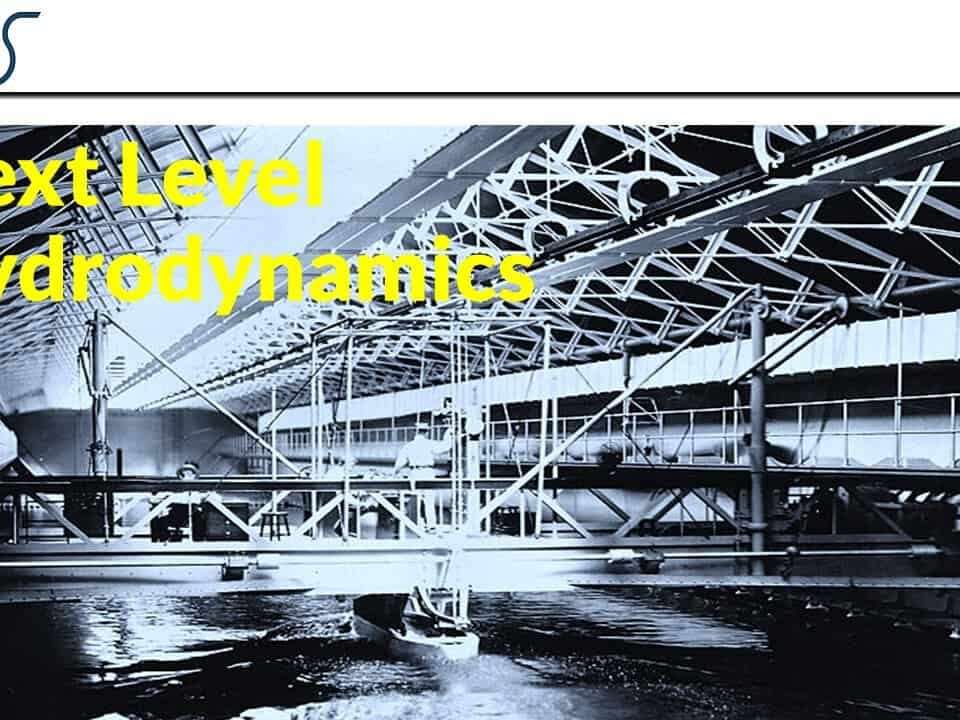