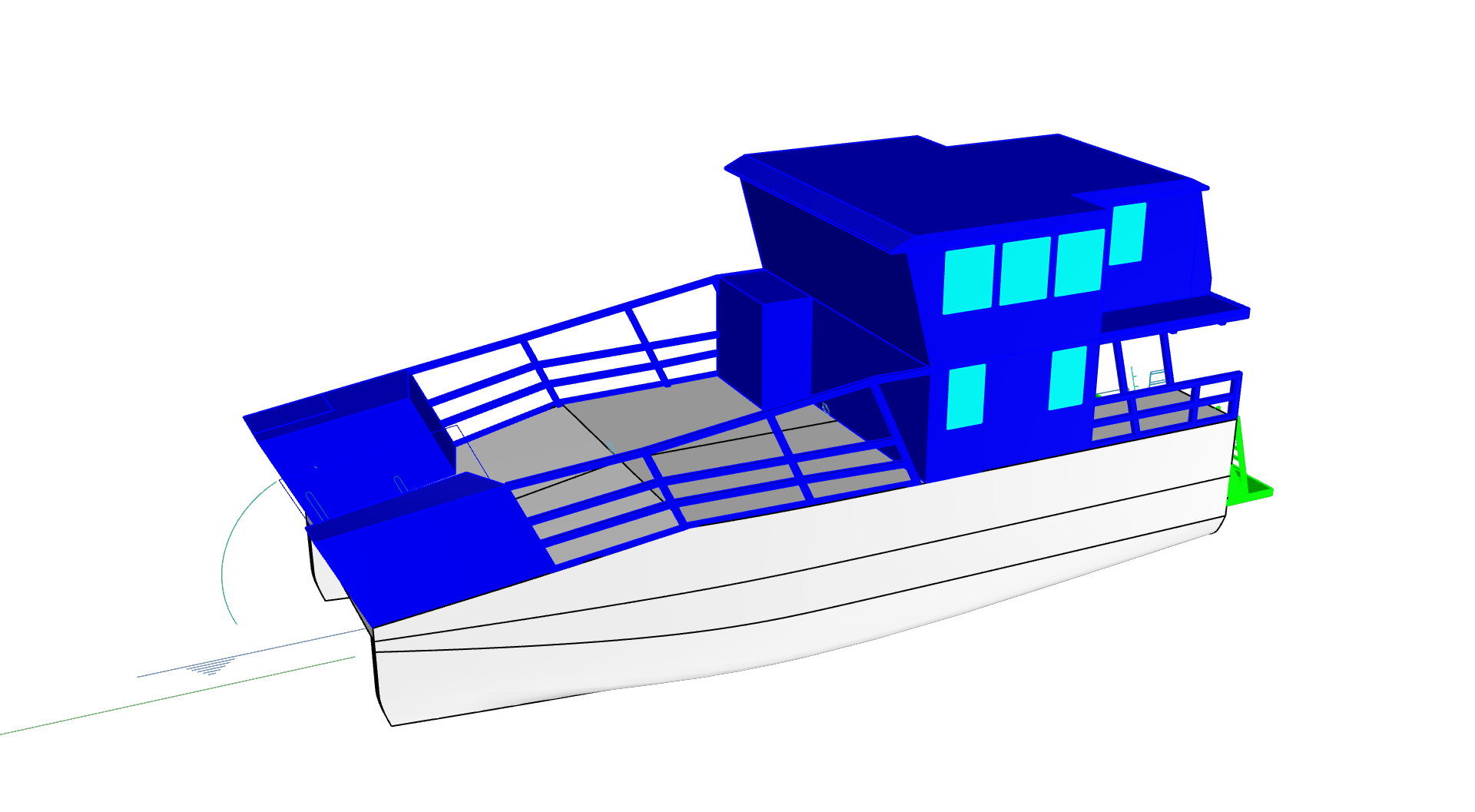 Rhino is a 3D modeling program based on NURBS geometry entities.  It was originally intended for visualizations and more artistic modeling, but has blossomed into a fully functional 3D modeling program for technical purposes.  It includes numerous plugins to extend its capabilities.  Some of the most impressive features for the marine community:

AutoCAD is the de facto standard for drafting in the maritime community.  Simply put, expect to work with AutoCAD if you will work with engineering drawings.  AutoCAD features multiple versions of the software for various price points and capabilities.  Spend some time carefully investigating your exact needs.  Some of the most impressive features include:

Microstation is another drafting program.  They are a major competitor to AutoCAD, offering most of the same capabilities in a different package.  I have no personal experience with Microstation and can’t offer many details.  I do know that although it is similar capabilities as AutoCAD, but works in a completely different process.  Expect extensive retraining if you are switching from AutoCAD.

MaxSurf is an integrated design suite and it starts with a 3D lines plan drafting program.  A lines plan is a specific type of 3D model that restricts geometric features to ensure a fair and smooth hull shape.  It takes a special program to do this.  MaxSurf is one of these programs.  It does have the advantage of  integrating with a whole host of downstream analysis programs.

Delftship is another 3D lines drafting program.  It has similar features to MaxSurf.  It is also part of an integrated design suite.  The hull can be exported into a hydrostatics analysis program. Delftship also offers a basic version for FREE! Why is it free?  Because Delftship once began as an opensource program called Freeship.  Delft university liked it so much that they bought the program from the original developer and renamed it Delftship.  There are two major differences between the original Freeship and Delftship

Dozens of shipyard use ship constructor.  It allows you to go from contract level drawings to a detailed 3D model with subassemblies defined and will automatically generate detailed construction drawings. ShipConstructor is an AutoCAD based software product line created for design, engineering and construction in the shipbuilding industry. ShipConstructor’s AutoCAD foundation provides a user environment that is a globally recognized CAD/CAM standard. This results in an existing labor pool of expertise, a common DWG format for sharing information with other applications, and a portfolio of complementary Autodesk products.

GHS is the de facto standard for hydrostatics calculations in the United States. Creative Systems is the originator of GHS, the world-famous PC-based simulator of vessels in fluids and fluids in vessels – for ships, yachts, docks, drilling platforms, buoys, tanks, etc. – answering such questions as: The main advantage of GHS is that is uses a scripting language to allow extensive customization of the hydrostatics assessment.  This also means that it has a very high learning curve.

Delftship provides extensive capabilities for hydrostatics and stability analysis.  The nice part is that each of these stability capabilities comes from a series of individual program extensions.  Only pay for the features you need.

Hydromax is part of the MaxSurf design suite.  It includes all the features of a robust stability / hydrostatics program. All functions within Stability are performed using a graphical multi-window environment consistent with all other MAXSURF modules. All data is displayed simultaneously in graphical and tabular form and is automatically updated when changes are made and as the analysis progresses.

ANSYS is a massive modeling and simulation company.  And they began with FEA.  ANSYS Mechanical is a powerhouse of FEA, capable of handling almost any type of program or model size you can throw at it.  This is reflected in the license cost. One opinion from my own personal experience:  As a company, ANSYS expanded through buying other software companies.  Each of their software modules was an independent company at one time.  This means that their various simulation components don’t always integrate perfectly.

Algor is now owned by Autodesk.  They offer the lighter version of FEA, at a lower price point.

NASTRAN is an FEA package with a long history.  Originally built for NASA in the 1960’s, it has gone through a long legal history that resulted in different versions of NASTRAN owned by multiple companies.  NASTRAN is just the core solver.  On top of that, you also have to consider the front end GUI.  It is a well known, well developed FEA code with a host of capabilities to match almost any need.  I suggest you start by reading the development history of NASTRAN and then begin investigating each of the four current sources.

StarCCM+ is published by CD-adapco/Siemens and is a powerhouse CFD package.  Includes capabilities for almost any type of CFD analysis.  Most important, it includes several features like VOF and waves, which are necessary for marine simulation.

ANSYS provides CFX and Fluent packages for CFD analysis.  These are fully featured programs One opinion from my own personal experience:  As a company, ANSYS expanded through buying other software companies.  Each of their software modules was an independent company at one time.  This means that their various simulation components don’t always integrate perfectly.

Fine marine is another set of CFD analysis.  Fine Marine targets their CFD programs much more specifically.  They are intended to work very well for specific applications like resistance analysis, with little need for advanced customization. 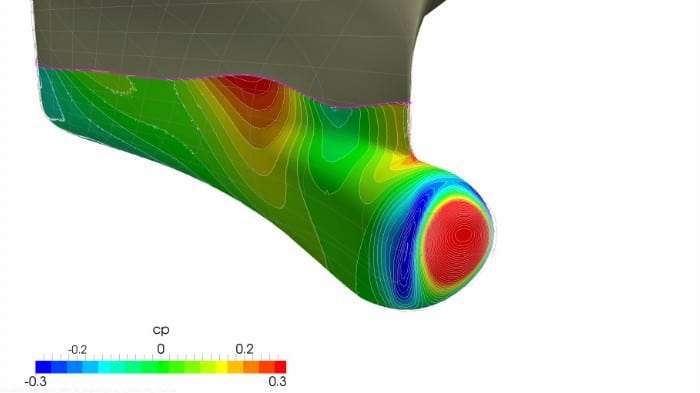 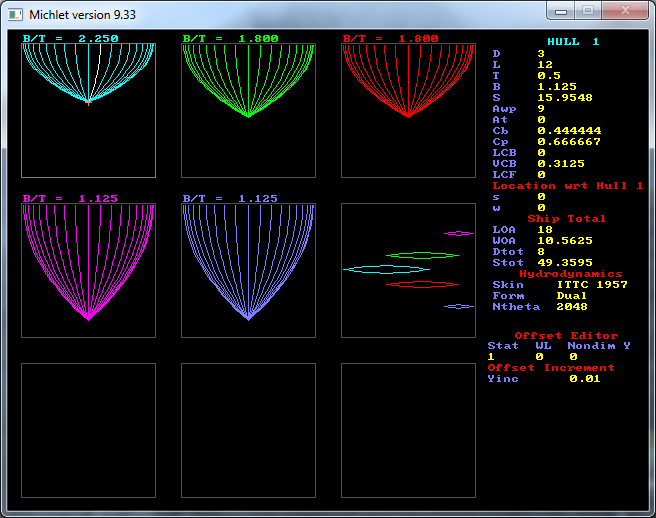 Michlet is a free program for resistance analysis based on Mitchel’s integral.  It also includes an evolutionary optimization module to rapidly evolve the hull parameters.

DynaSim© is a user-friendly ship dynamics simulator that incorporates Systems Identification Techniques to determine ship maneuvering characteristics. Once these parameters are known the simulator can accurately reproduce  ship motion in the presence of waves, wind, currents, and obstacles or other ships. Multi-threading enables simultaneous simulation of multiple ships. The initial efforts to develop the technology were funded by Small Business Innovation Research (SBIR) awards from the National Science Foundation the Department of Defense (see the presentation on that site: Virtual Showcase) and The National Oceanic and Atmospheric Administration.

Orcaflex is best known for its versatility.  Originally targeted at the offshore industry, Orcaflex was best explained as an FEA package specifically for 1D elements.  This made it very good for modeling pipelines, catenary mooring lines, flexible risers, and other underwater line elements.  Backed by strong user support, Orcaflex expanded its capabilities to include a wide array of modeling scenarios.  Now, it can handle almost any type of seakeeping analysis. Most seakeeping programs started with attention on the diffraction analysis and developed the simulation capabilities as an after-thought.  Orcaflex took the opposite approach.  They focused on the simulation capability and excluded the diffraction analysis.  Instead, the program included the ability to import data from nearly any other diffraction program.  This paired very well with programs like WAMIT that only focused on the diffraction side. As of spring 2019, Orcaflex also included its own diffraction analysis capability.

AQWA is a 3D radiation-diffraction program published by ANSYS.  It includes extensive capabilities for mooring analysis and is used widely in the offshore industry. As a company, ANSYS expanded through buying other software companies.  Each of their software modules was an independent company at one time.  This means that their various simulation components don’t always integrate perfectly.

MOSES is a 3D radiation-diffraction program published by Bentley.  It includes extensive capabilities for mooring analysis and is used widely in the offshore industry.

WAMIT is a 3D radiation-diffraction program.  It includes robust capabilities to handle multiple types of structures.  However WAMIT only generates the hydrodynamic database.  It does not include any capabilities to post process this data in frequency domain or time domain analysis.

Nemoh is an Open source seakeeping code.  Nemoh calculates first order wave loads on offshore structures (added mass, radiation damping, diffraction forces).  It was developed by researchers at Ecole Centrale de Nantes for 30 years. It is still used in many of their research projects. Typical use is estimation of dynamic response of floating structures or performance assessment of wave energy converters. 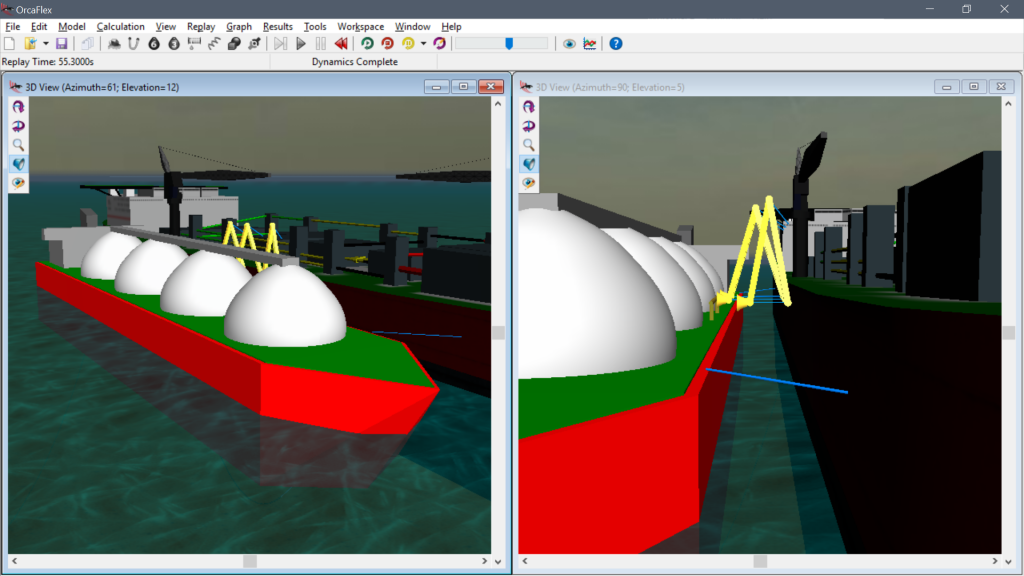 How much software should an engineer have?
In general, engineer's try to minimize the software we purchase, because it can become very expensive. Several software packages can cost $10,000 - $60,000 every year. And some of it is so specialized that we only use it once a year. To minimize our costs to you, we only purchase software when we have a continuous use for it.
An engineer wants to lease software, should I be concerned?
Not at all. Many of the software programs are highly specialized and will only see use 1-2 times per year. Software vendors know this and often include an option to lease the software for only a few months. This strategy keeps down overhead costs. You should ask if the engineer has worked with that particular software package before. If not, there may a be small learning curve.
What minimum software should an engineer have?
At a minimum, most engineers will include software for Microsoft Office and a computer drafting package. Everything else completely depends on their focus and skill set.
Does the CAD program reflect on the quality of engineering?
Not especially. PDF is the universal format engineers use to exchange digital files. Many engineers will also provide the native drawing files. You should ensure that you have compatible file types with the engineer. Most CAD packages include an option to export in a neutral file format that all CAD packages can use. If your project will frequently trade digital files back and forth for collaboration, then both you and the engineer should use the same native CAD package.
What is CAD?
Computer Assisted Draft (CAD). It is a drafting program to create the engineering drawings.
What is CAE?
Computer Aided Engineering (CAE). These are analysis programs used to analyze complicated engineering problems.
What is CFD?
Computational Fluid Dynamics (CFD). This is a specific type of CAE program to analysis flow of air, water, and other fluids.
What is FEA?
Finite Element Analysis (FEA). This is a set of CAE programs used for analysis of structures and heat transfer.
What is CAM?
Computer Assisted Manufacturing (CAM). Think of this as CAD, with extra features. It is CAD software with additional capabilities specific to manufacturing the part. For example CAM software may write Computer Numerical Cutting (CNC) instructions to control a physical robot. Or it may include additional databases to identify and track the individual parts for mass production. CAM software is designed to integrate with the fabrication process at a manufacturing plant.
What is PLM?
Project Lifecycle Management. This software can take many forms, but the heart of PLM software is normally a central database for sharing details such as vendors, part IDs, completion, and a host of other data necessary to coordinate a massive project across multiple departments in a company with hundreds of people.
CONTACT US