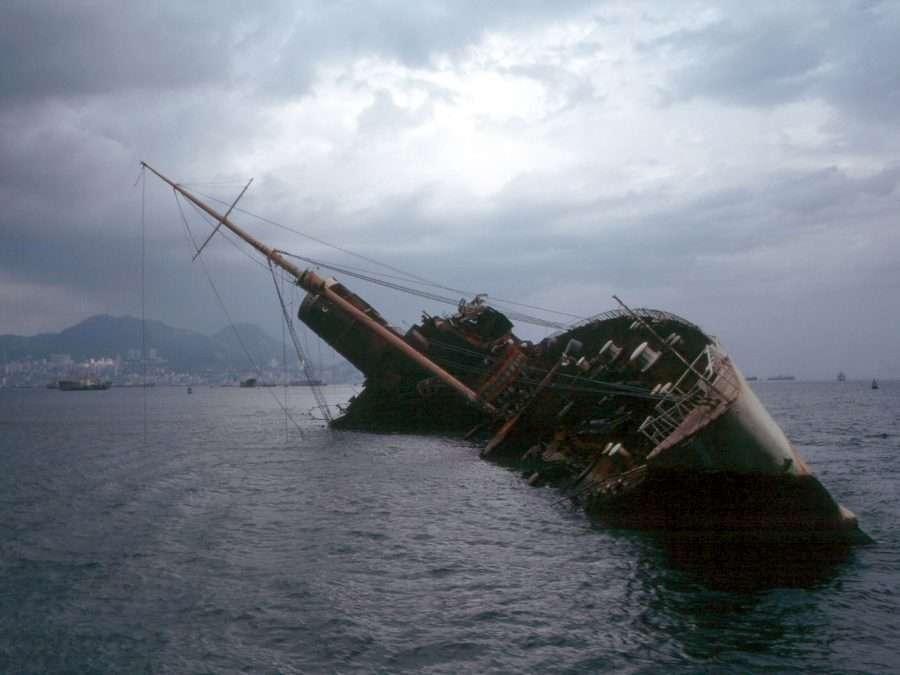 The Most Common Way To Die

I want to tell you a story (purely fictional).  It starts happy and ends abruptly.  In 1850, the tall ship Unreal was sailing out from Baltimore, Maryland.  She was a clipper ship, built two years previous for the spice trade.  They left Baltimore with only ballast, intending to take cargo in India.  Full of pride, they set full sail, leaving the harbor on a gentle breeze.  The 200-person crew scrambled up the mast to shake out the sails.

But shortly after clearing Chesapeake Bay, the weather grew nasty.  That gentle breeze swapped for a howling gale.  Caught with little warning, the ship lay sieged; her full suit of sails heeled over until the leeward rail disappeared under the water.  The crew scrambled from their bunks, dashing to take in sail.

Amidst the buzzing hum of orders shouted and curses muttered by the crew, they heard a deep groaning sound rising from the bowels of the ship.  The entire crew fell still, realizing the sudden danger they faced.  A massive crack echoed from the hold, and they heard a dull thud that sounded like elephants tripping across the keel.  The ballast stones had shifted.  The weights in the hold that kept the ship upright broke free of their restraints.  Those massive boulders all tumbled to the leeward side of the ship.  And that was it.  Without any protest, the entire ship flipped over, killing all aboard.

When people hear the term free surface moment, they often confuse it with tank sloshing.  Free surface moment and tank sloshing are two separate concerns.  With sloshing, we are worried about the momentum of the liquid as it slams from side to side.  Normally, this is only a concern with large cargo tanks in a violent sea.  A great example is liquid natural gas (LNG) carriers.  They carry LNG as a cargo within massive tanks that stretch almost the full width of the ship.  Just imagine a bowl of liquid the size of a building; several hundred tonnes of LNG surging towards you in a wave.

When that much liquid starts to move, stopping can be difficult.  As these internal waves impact against the tank wall, they generate massive pressure spikes.  Without proper reinforcement, these pressure spikes can dent the tank walls.  And repeated impacts may even punch through the tank.  This is why some LNG tanks have limits on the cargo fill levels.  A ship can go to sea with the tanks either nearly full or nearly empty, but never in-between.  Loading limits are one way to mitigate the danger of tank sloshing and keep those pressure spikes to reasonable levels.

For something less exotic than LNG, the common solution to sloshing is tank baffles.  (Figure 2‑2)  Tank baffles still allow liquid to flow slowly between them.  But for fast motion, the liquid cannot squeeze through those tiny holes fast enough.  Suddenly, the baffles behave like solid walls.  This segments the tank and breaks up the liquid momentum into manageable chunks.

However, tank baffles do not work for free surface moment (FSM).  FSM is a concern for nearly every commercial ship out there (and some pleasure yachts).  To understand FSM, we need to examine how a partially filled tank behaves when the vessel heels. (Figure 3‑1)  To simplify things, assume that a normal vessel starts with its center of gravity on centerline and no partially filled tanks (no FSM).  As the vessel heels, two important things change:

The FSM becomes a calculated property, specific to each tank.  It changes, depending on the tank dimensions and fill level.  And CG shifts farther as the heel increases.  Given all these variables, we needed a way to simplify the representation of this CG shift.

Thankfully, mathematics provided an elegant simplification.  It turns out that the horizontal shift of the CG due to FSM can be mimicked by raising the ship vertical center of gravity (VCG).  This higher VCG only happens on paper; it is not real.  We call this increased position the Virtual VCG (VVCG).  (Figure 3‑2)  As the ship heels over, the horizontal position of that VVCG exactly mimics the horizontal position of the real ship CG, plus the effects of free surface moment.  Using the VVCG, ship operators incorporate the effects of FSM and can stay within safe operating limits.

The FSM for a single tank seems simple enough, but a commercial ship may have many dozens of tanks.  As the ship heels over, all of them shift in the same direction.  The cumulative effect of multiple tanks adds up to become a major danger for the ship.

Remember that the FSM is not standardized.  It changes with tank dimensions and fill level.  This generates hundreds of potential combinations for ship stability, with a few critical cases that may spell disaster.  It becomes impractical for an operator to consider all those combinations when planning their voyage.  Instead, naval architects normally present a simplified view of FSM when writing the stability limits.

Remember that FSM and VVCG are purely paperwork, and it is perfectly acceptable to pick overly conservative approaches.  The first simplification is that naval architects examine all the fill levels for each tank to find its maximum FSM.  We consider each tank to only have one value of FSM:  the maximum it can generate.

The second simplification concerns multiple tanks.  Consider a ship with a dozen different tanks onboard.  If we allow any combination of tanks to be full or slack (partially filled), that creates 66 potential scenarios to evaluate.  We need a strategy to simplify the total combinations.  The general guidance is to plan for the minimum number of slack tanks.  The procedure generally goes like this:

This method allows operators to use all the different tank types onboard and create any loading scenario, without considering the hundreds of combinations of FSM in different tanks.  We already counted the largest possible combination.  And the naval architect uses that conservative combination to calculate the VVCG.  This simplified approach ensures all stability calculations are conservative.

The problem with simplification is it creates an opportunity for misuse.  The approach I just outlined goes into the stability booklet for a commercial ship.  Most stability booklets have a line of warning that goes like this:

“The master of the vessel must minimize the number of slack tanks at all times . . .”

That requirement comes from the previous simplifications for FSM.  The calculations and operating limits assume that maximum level of FSM, but the ship operators can easily exceed that maximum if they are not careful.  Critically, we only allowed one slack tank for each type of liquid.  But consider the example of ballast tanks.  Operators frequently use two slack tanks to trim the ship:  one at the bow and one at the stern.  It works great for ship operations, but the operators technically exceeded ship’s stability limits.

If we go back to the story of the tall ship Unreal and shifting ballast stones, creating multiple slack tanks in each liquid is equivalent to only shifting some of the ballast stones.  The ship will not immediately capsize.  But in extreme scenarios, the ship delivers less stability than you expected.  And those scenarios are exactly when your life depends on every bit of stability the ship can muster.

The good news is that you have a simple solution to the danger of exceeding your FSM limit.  Ask a naval architect to recompute your stability booklet, but don’t follow the regulatory limits for simplification.  Instead of using just one tank for each type of liquid (specified by regulation), tell the naval architect how you want to operate your vessel.  Specify the flexible combinations that matter to you.  The naval architect can recompute for additional slack tanks.  (Exception:  some ships have limited stability, and any additional FSM would reduce cargo capacity.)  With additional tanks, you get the flexibility to operate your vessel sensibly and the reassurance that it will perform at specified limits when your life depends on it.

Just like ballast stones, FSM sits unseen, reducing the stability of the ship.  Only now, it hides in math equations and paperwork.  Free surface moment (FSM) is one of the most common elements of ship operation, and the most frequently misunderstood.  Putting aside the physics, there are just a few key points to remember:

The ship was designed to save your life in extreme events.  Let it keep you safe, and remember your FSM limits. 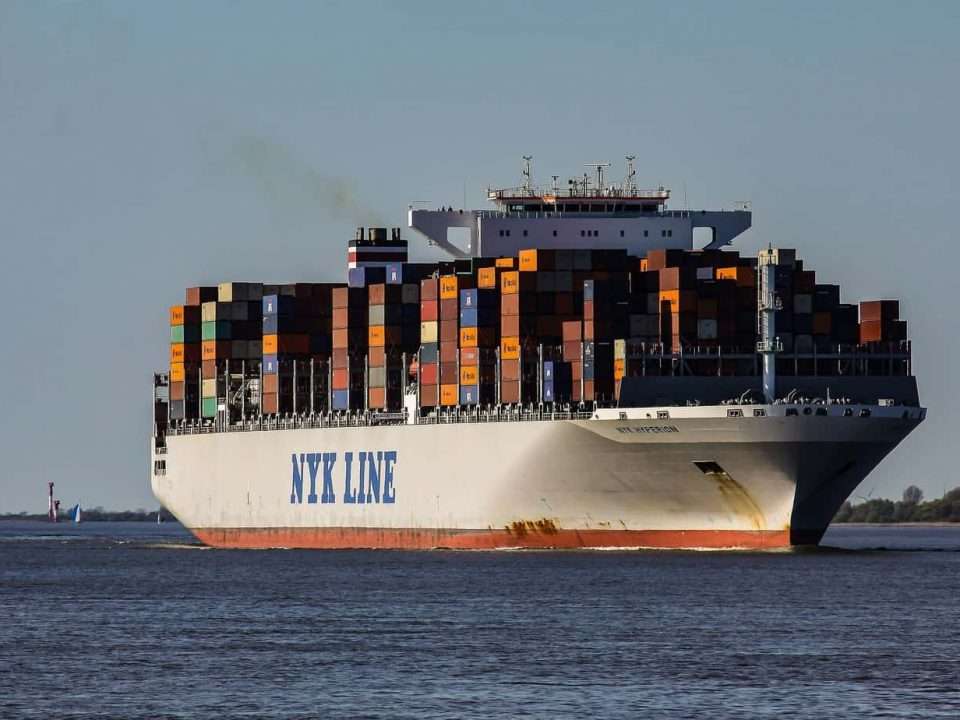 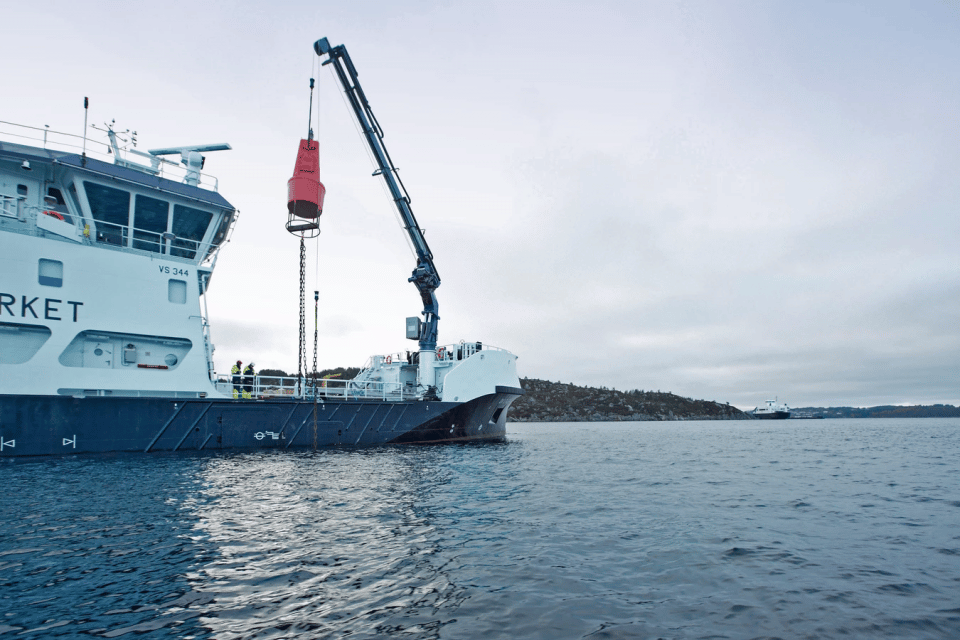