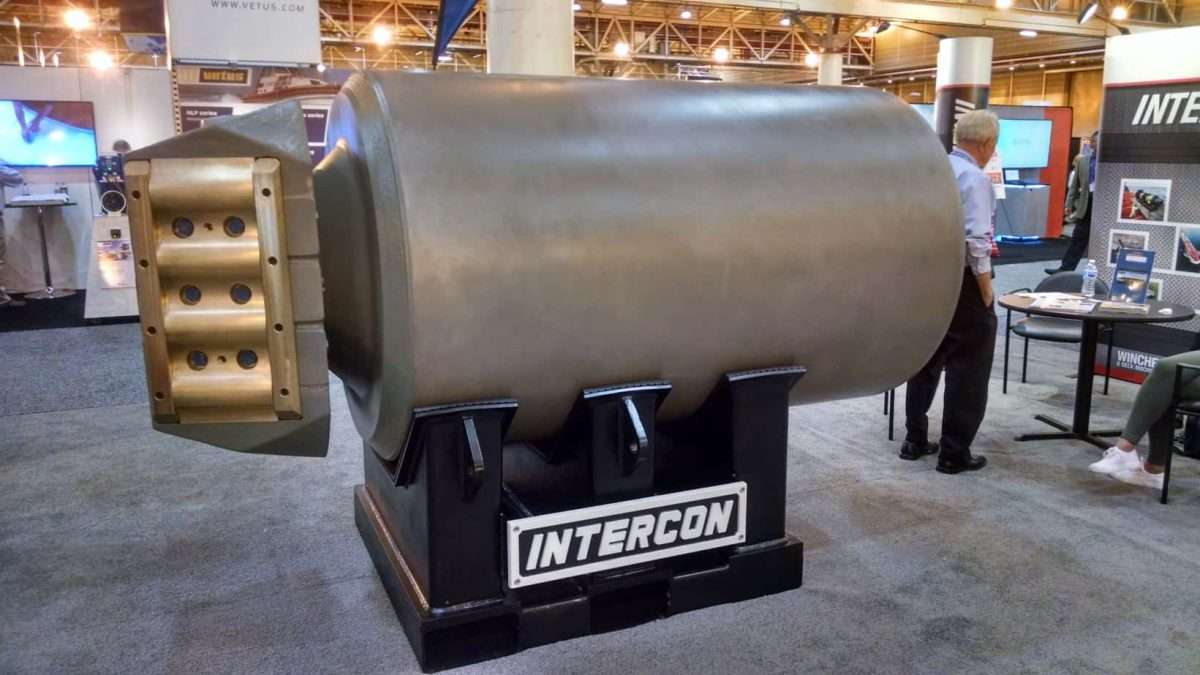 The International Workboat Show was a blast!  Plenty of amazing vendors with awesome technology to offer.  One of my favorites is the Intercon connector for articulated tugs and barges.  I watched this company for years, and they are still one of my favorite ways to link a tug and barge together.

You sometimes see these on inland and coastal trade.  The barge carries the cargo, and the tug carries the engine and fuel for propulsion.  I hear two major arguments in favor of an AT/B:

Don’t automatically accept these two premises.  They are fiercely debated.  Changing regulations also mitigated some of the regulatory benefits.  But set aside the economics for the moment and just recognize the beauty of this system.  It is a really massive piece of engineering.

How Does the Intercon System Work?

Intercon provides a nice summary video to explain their system.

The main advantage of the Intercon system is the precision of machining.  Remember that the ram on the tug must precisely align with the ladder on the barge.  That level of machined precision can be difficult with a typical shipyard crew.  Plus, this requires very beefy structure to distribute the loads from these connector rams.  To solve this problem, Intercon goes beyond just the connector.  They supply the load box with the connectors in it.  This is the section of the hull that contains the connectors and houses most of the major structure to distribute their forces.  By supplying the load box, Intercon maintains the machine precision required for successful alignment of the connectors.

But They Are HUGE!

Engineering technology aside.  We all need to take a moment and appreciate the MASSIVE scale of these connectors.  The picture below shows an example, which is only a medium size connector.  Ships are big, and connectors for articulated tug / barges remain equally impressive. 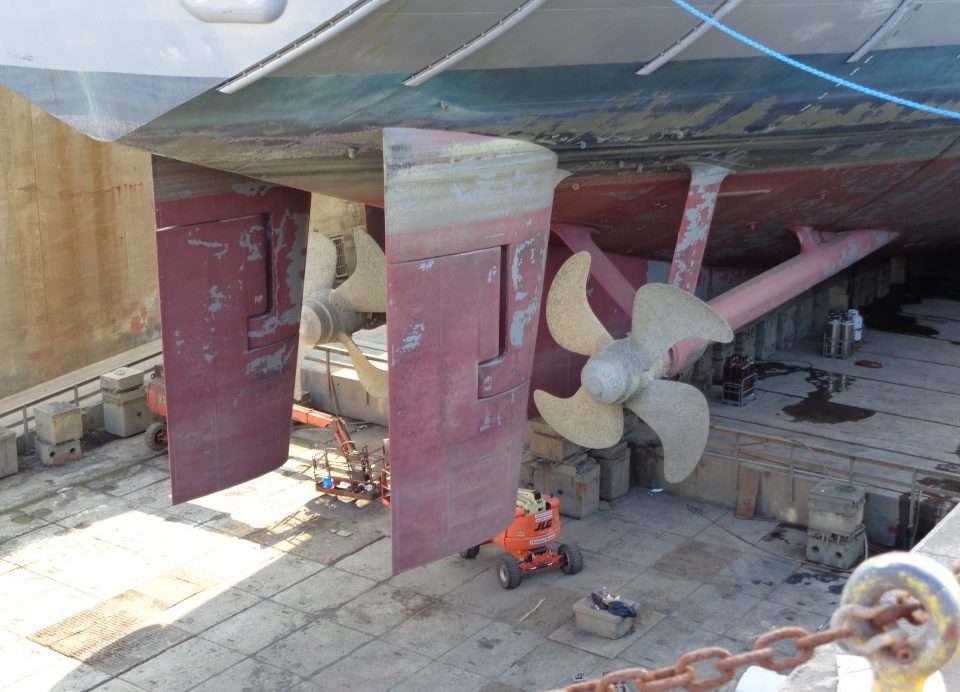 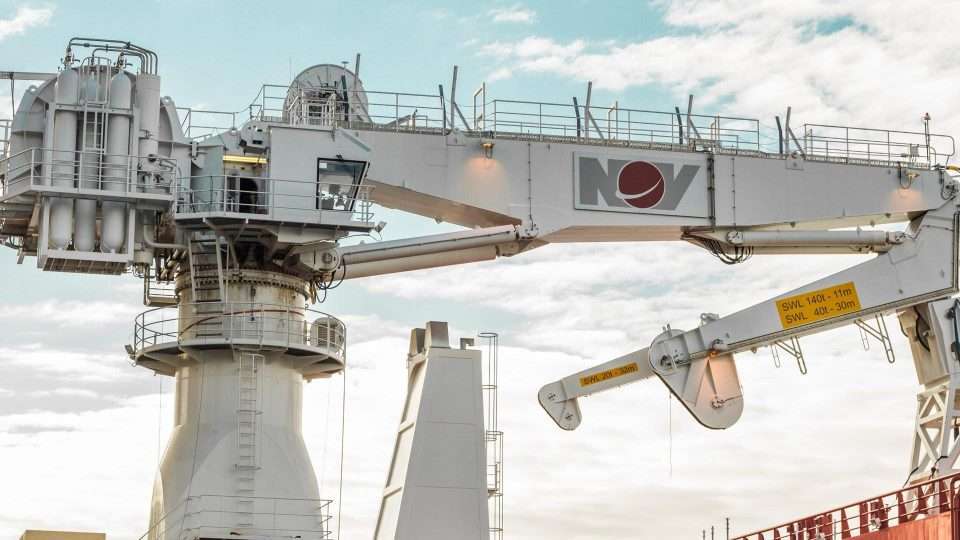